Malcolm Rail are celebrating 20 years in rail freight, operating their first freight train service on the 14th February 2001. We now operate daily services 364 days of the year, carrying over 30000 containers for a wide range of retailers and manufacturers.

Back in 2001 our first train left Grangemouth for the rail terminal at DIRFT. Operated by Direct Rail Services the train carried glass from Alloa to be used for lager and coffee jars. 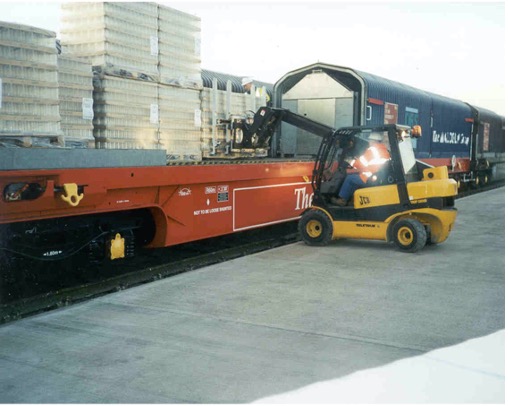 The northbound train returned the next day with petfood, pallets and some retail traffic. Operating Rail within the Malcolm business was the idea of Jim Clark, sadly no longer with us. Alongside John Holwell, they were both very passionate and instrumental in integrating rail into Malcolm Logistics extensive road-based operations.  They focussed on providing the industry robust and flexible rail solutions, which form the basis of what we operate today.

In 2008, Malcolm Rail took over the operation of the rail terminal at DIRFT (Daventry International Rail Freight Terminal), a venture in which Jim and John supported by Andrew and the Board played an integral part in the team who successfully negotiated with Prologis to close this deal.  The development of Rail terminal operations had been a major part in Malcolm Rail’s investment & development strategy over the past 15 years. 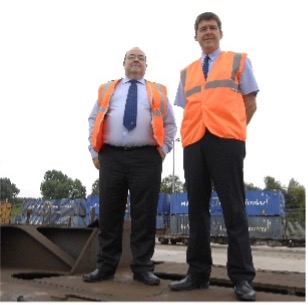 In 2014, our rail provider changed from DRS to DB Cargo UK. This successful partnership has already been extended several times and has led to our trains being hauled by electric traction, including our liveried loco 90024.

The 50’ box was also launched and was a game changer.  Her Royal Highness The Princess Royal officially launched Malcolm Logistics

50ft Container at the Multimodal Exhibition in Birmingham’s NEC. Witnessed by professionals from all areas of the industry Malcolm Logistics were proud to unveil their newest intermodal innovation, which was set to revolutionise the way goods would be moved in the future.

In 2017 we celebrated our millionth rail lift at DIRFT undertaken for customers Mothercare and Freightliner. This was recognised at the annual Rail Freight Group awards that same year. 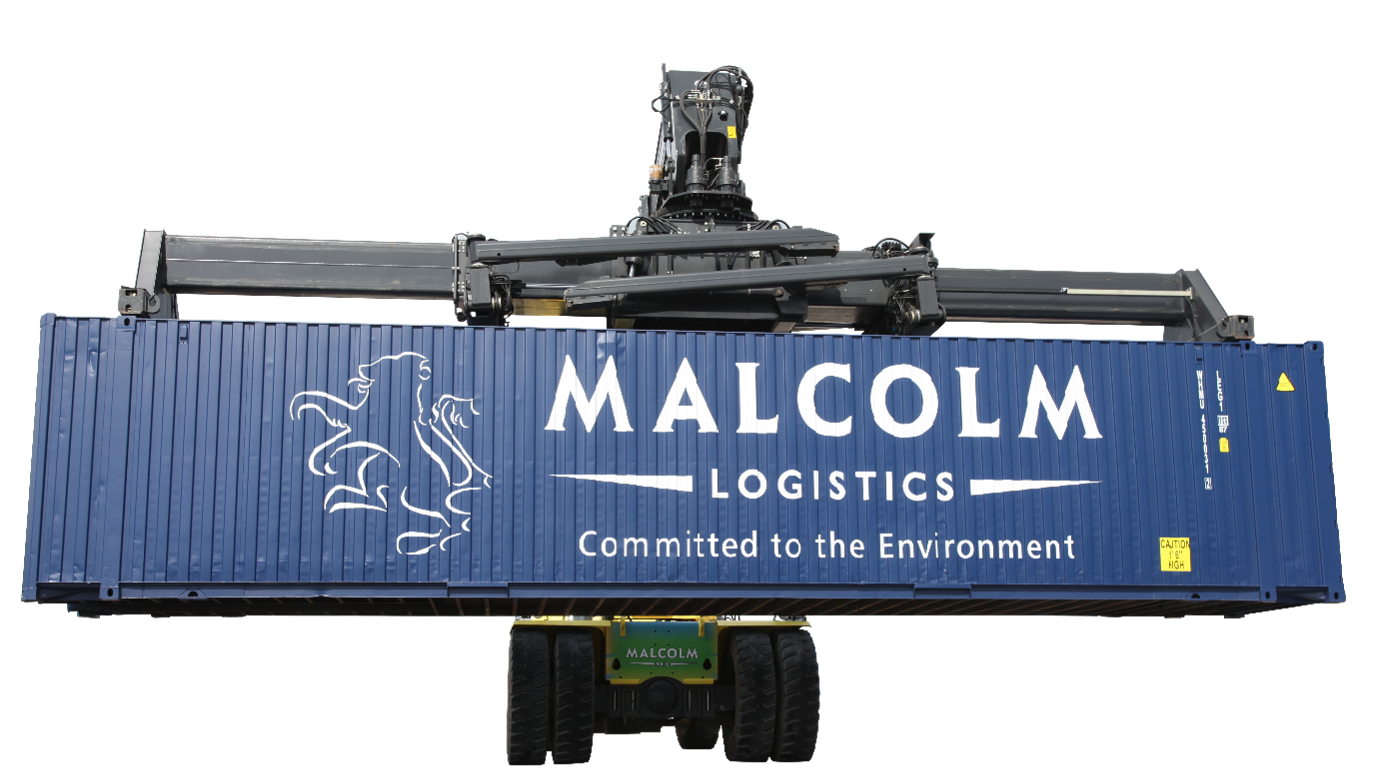 In addition to our current daily anglo-scottish services, we have operated routes serving Kirby Thore and Elderslie for dedicated customers, and also Scottish domestic services between Elderslie and Grangemouth to support import and export traffic. The Elderslie – Grangemouth was only 34 miles each way but proved that rail can work on a short and long-distance service. 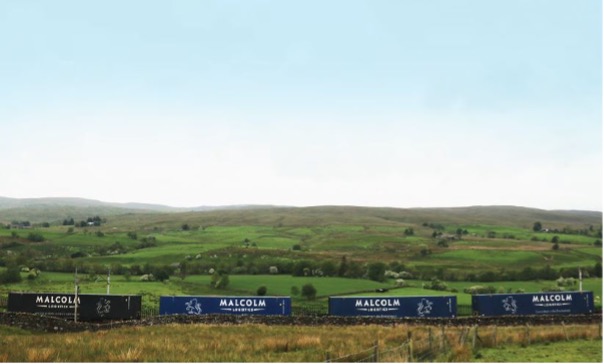 This is another milestone in our rail operation, operating both the longest containers and now also the longest intermodal trains.

2021 The Malcolm Group has been actively developing rail-based freight movements for the last twenty years.

During that time, we have moved around 700,000 containers taking 230,000,000 miles off the UK road networks.  The customer base has grown significantly with multiple retailers and supermarkets now transporting goods by rail.  Some retailers are choosing to promote their use of rail in their branding, and with growing focus on decarbonisation we look to grow our rail operation going forward.  DIRFT has also expanded significantly.  The second phase completed in 2015 and its third phase currently in development.

Today we not only celebrate the success of these trains not only getting lorries off the road – each train is up to half a mile long, taking up to 80 HGVs from the road network - but in getting goods to and from market efficiently and effectively.  The northbound services bring retail products from national distribution centres in the Midlands, the southbound flows are still all about exporting Scotland’s local produce, be that mineral water, food and drink, and chipboard. 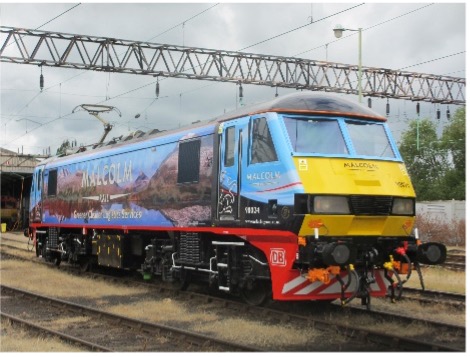 The trains are also helping Scotland decarbonise its economy. On average, rail freight makes only 25% of the carbon of HGVs, and where it can use electric haulage, as most of these trains do, the performance is even better.  Around 45% of all rail freight in Scotland is electric, far better than the national average which sits around 12%.

Currently Rail Director David Turner, based at DIRFT heads our operation. David started with the Group in 2012 and was promoted to Rail Director in 2014.  David leads our partnership with Prologis maintaining our stakeholder relationships with terminal users at DIRFT – including increasing rail departure performance.  David has been responsible for the introduction of new working procedures and staff development which have improved our efficiency across the operation.

Our team today has delivered on the spirit of the late Jim Clark. Focussed, and committed in delivery high quality services for our customers. As we look to celebrate our 100th year of the wider business, this is a year for acknowledging our achievements and looking forward to our future. 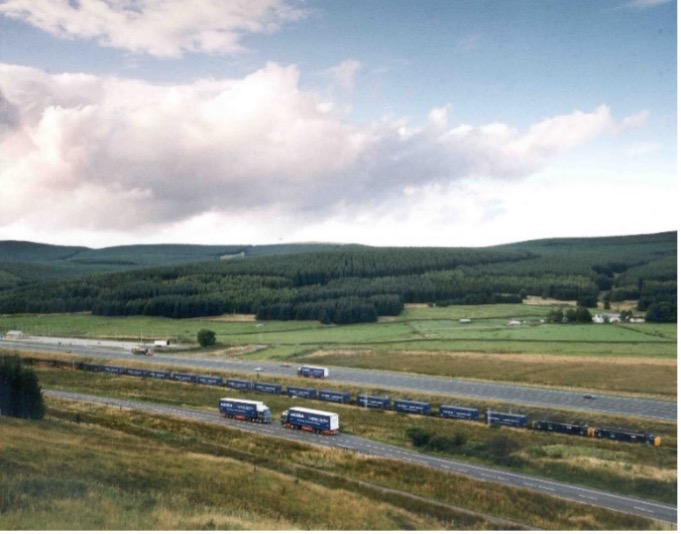 WH Malcolm has an outstanding track record
in providing practical solutions to businesses throughout the UK.

Glasgow Warriors are proud to announce that Official Club Sponsor The Malcolm Group have extended their sponsorship until 2024, continuing their long-standing support of Glasgow rugby.
Read More

Malcolm Rail are celebrating 20 years in rail freight, operating their first freight train service on the 14th February 2001. We now operate daily services 364 days of the year, carrying over 30000 containers for a wide range of retailers and manufacturers.
Read More